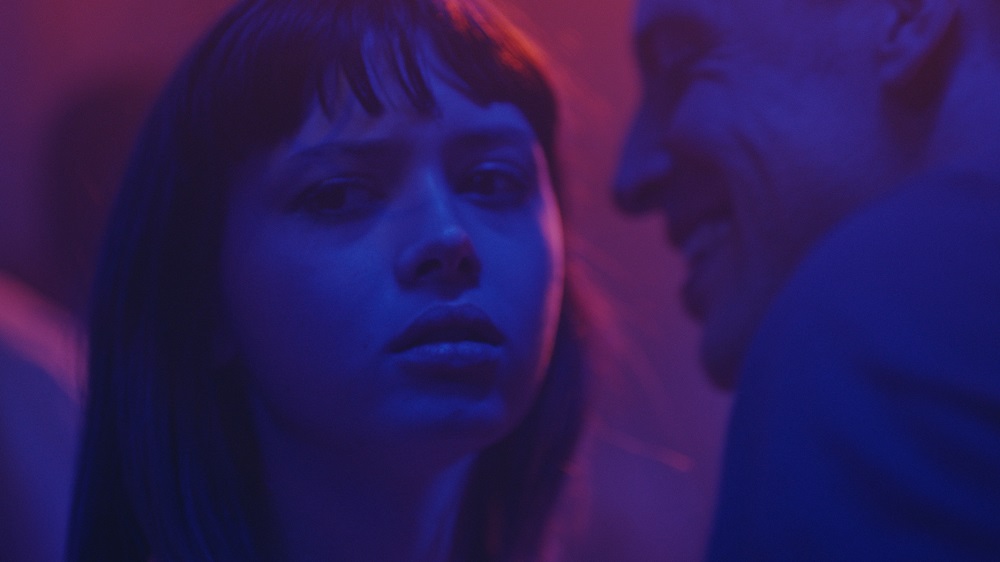 Four teenagers play football near an area guarded by a military drone. The ball ends behind a hill and Mufid has to go to find it.

Hadoum, Fátima, Sheima, and Sokayna are four teenagers from El Puche, a suburb in the Spanish city of Almería, who are proud of their Moroccan and Spanish roots. Together they navigate their first experiences in out-of-the neighborhood schools, that evidence their underprivileged environment. However, this does not affect the intensity of their desires and dreams. On Fatima’s eighteenth birthday, the strength of their self-confidence will be put to the test.

Marisol, the mayor of a city on the Mediterranean coast of Spain, spends her last hours in freedom surrounded by her entourage. The last party with her most faithful people: the right hand of her political party, the businessman she built her little empire with, a secretary not very bright, a Spanish traditional singer –the life of the party– and her great love, Amparo.

What begins as an ordinary board in a traditional apartment building to vote the renewal of the elevator, turns into an unexpected debate about the limits of coexistence.

Estíbaliz accepts her friend Raquel’s invitation to attend her village’s festivities. What initially seems like an exciting weekend turns nightmarish as Estíbaliz finds out these festivities involve the men dressing up as wolves and hunting the women during the night.

In 1588, a castaway from the Spanish Armada, sent from Portugal by Philip II of Spain to conquer England, is captured on an Irish beach. There he is tried, declared guilty and hanged to death. All of this would be reasonable according to the laws of war and hatred among humans. The problem is the prisoner is a monkey.