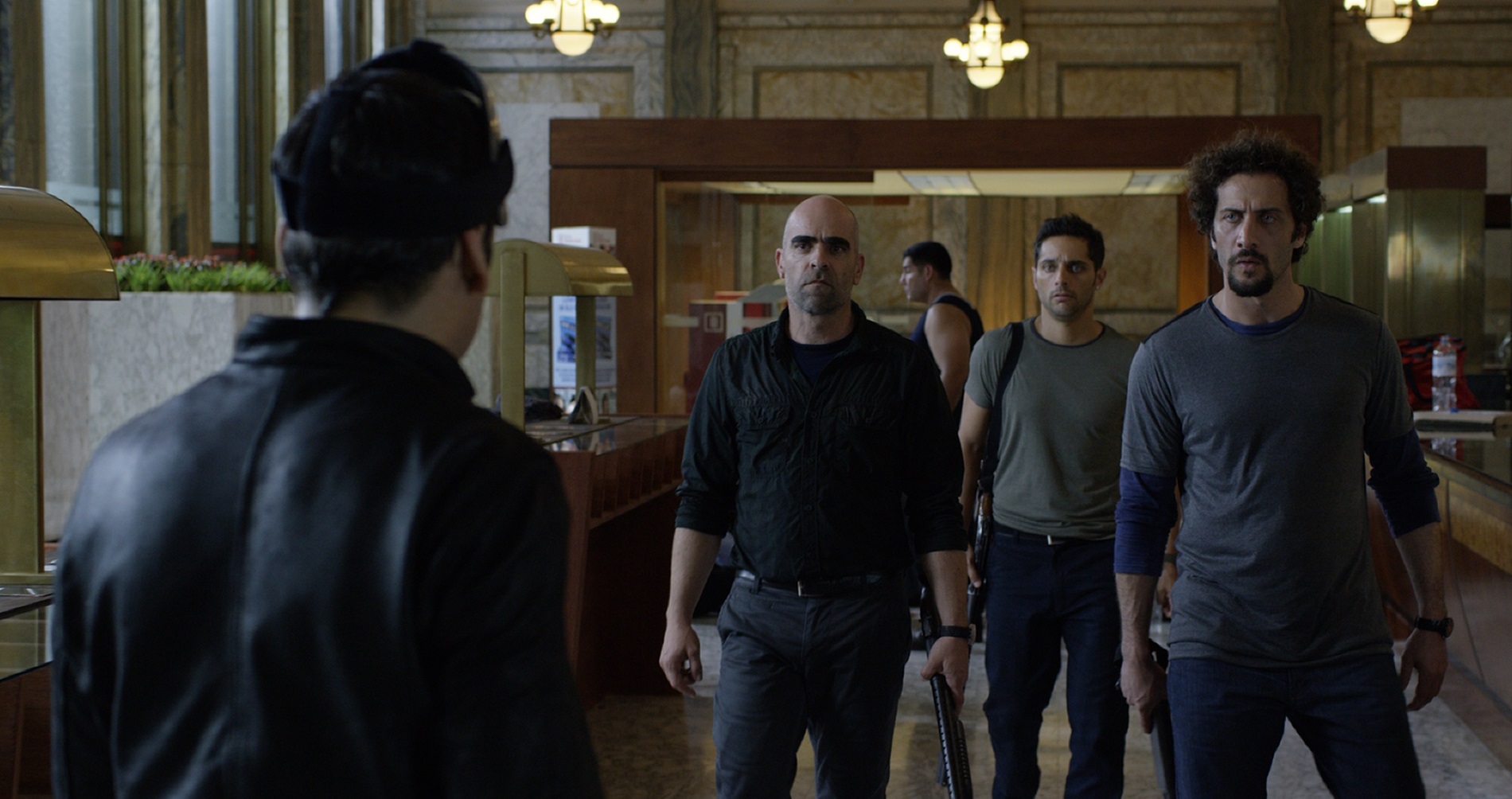 a film by Daniel Calparsoro

On a torrentially rainy morning in Valencia, six men enter a bank in Valencia shortly after it opens and commence a hold-up. All the leader of the pack, known only as El Uruguayo, wants is to empty as many safes in the vault as possible and escape. But things are about to get complicated, especially when the bank manager reveals a secret that is hidden in one of the safes.

The highest grossing film of the year in Spain so far.