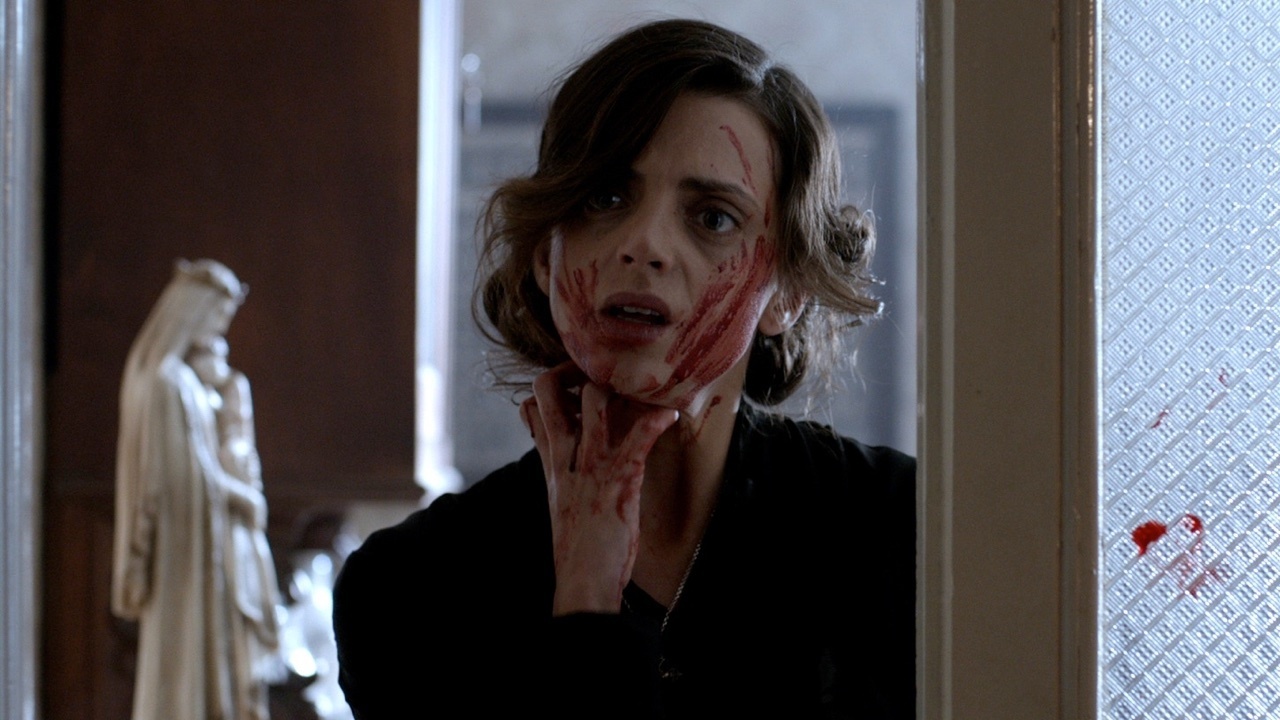 Spain, the 1950s. Montse is no longer a young woman. She lost the blush of youth caring for her little sister, holed up in a sinister apartment in downtown Madrid. Their mother died giving birth to the little one and their father couldn’t handle it. He fled like a coward and left the girls alone. Forced to be father, mother and big sister, Montse hid away from life inside those four walls, feeding her obsessive and unbalanced temperament. She suffers from agoraphobia and cannot take a single step outside the house. Not understanding what is happening to her and the suffering that this strange disease causes her makes her take shelter within a world of Our Fathers and Holy Marys.

Montse works as a seamstress and her only link to reality is her sister, a girl who will soon no longer be a girl. One day, the chain is broken when Carlos (HUGO SILVA), an irresponsible young neighbor, is misfortunate enough to stumble down the stairwell and looks for help at the only door he was able to drag himself to.
Montse takes him in.