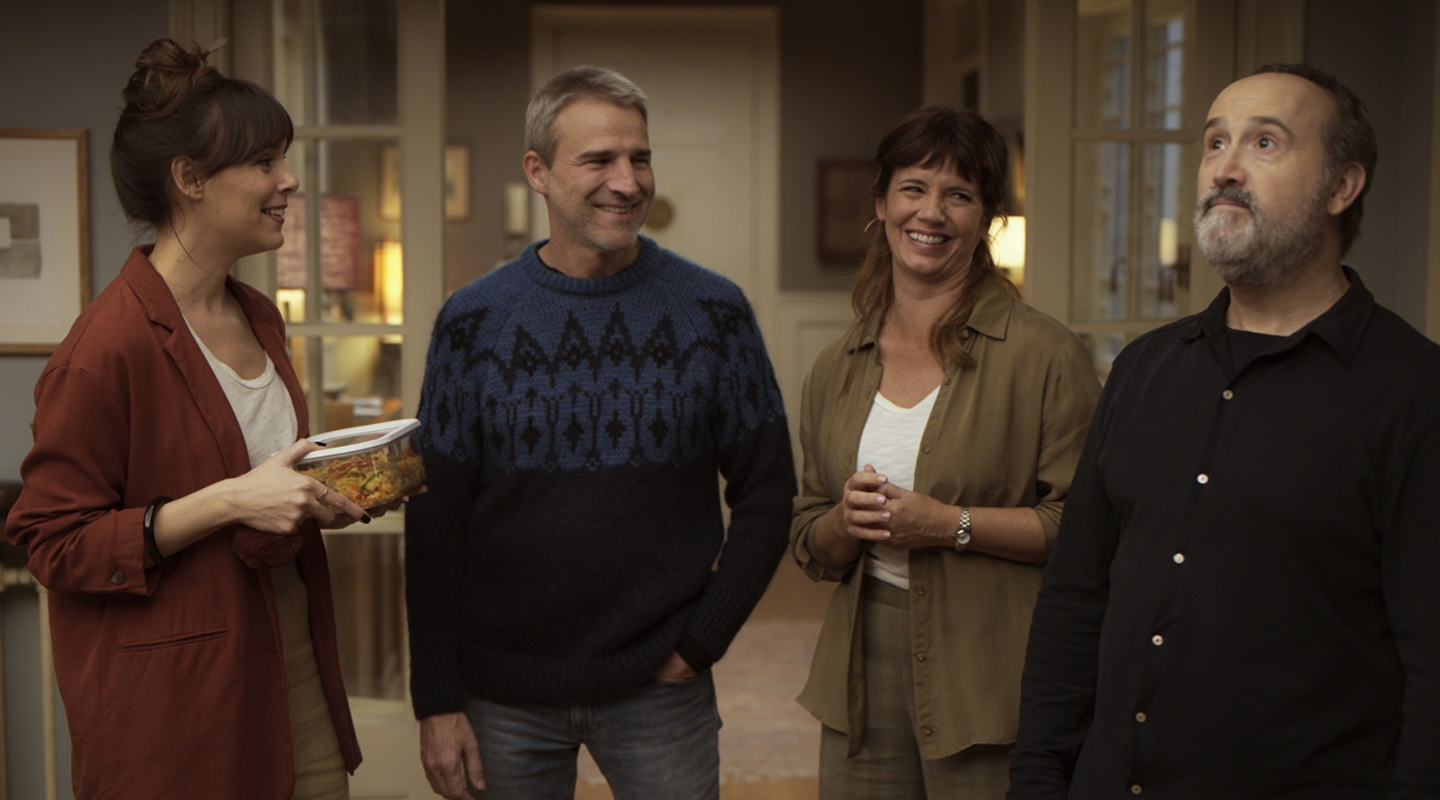 Julio and Ana have been together for over fifteen years. They don’t look at each other or touch each other anymore and daily conflicts have become the norm. This evening, Ana has invited the upstairs neighbors over. Salva and Laura are slightly younger than them and welcomed them with open arms when they moved into the building, but the constant moaning and groaning coming from their apartment has become a source of arguments for Julio and Ana… perhaps it’s jealousy, they wish their own sex life was as spicy. This evening, the neighbors will become both the instigators and victims of an emotional tsunami, brought on by an unusual and surprising proposal. The four neighbors can’t help but get caught up in an evening of excess and catharsis.